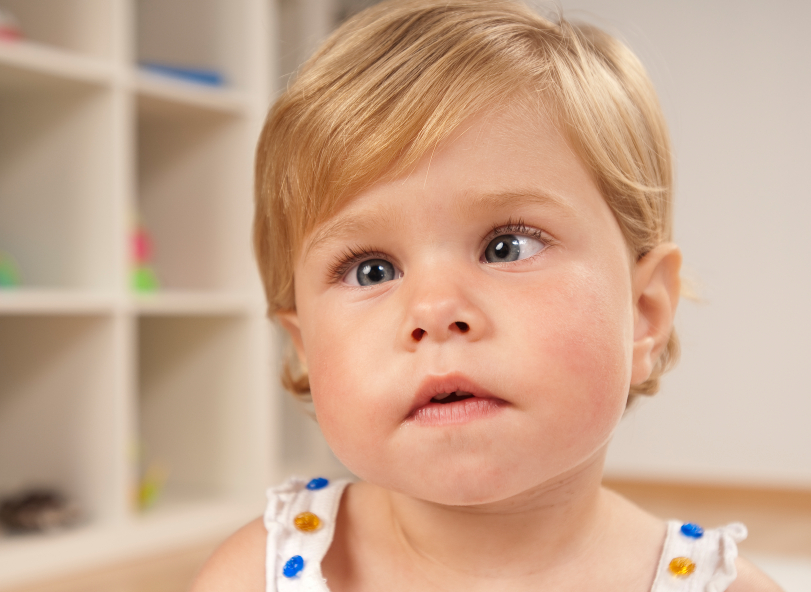 Because of the early onset and constant characteristic of eso deviation, they tend to disrupt binocular visual development and are often associated with amblyopia, poor binocular fusion and minimal to no stereopsis.

Exo deviation, on the other hand, is characteristically controlled by our strong convergence, high stereoacuity, and amblyopia is rare. It is probable that our strong innate fusional convergenceamplitudes of more than 30pd allow exo deviations to be better controlled than eso deviation.

Esophoria is heterophoria in which there is deviation of the visual axis of one eye toward that of the other eye in the absence of visual fusional stimuli.When both eyes are open (when binocular vision is present), each eye points accurately at the target. Upon covering one eye while the eyes are fixating a target, the covered eye turns inwards. It is a muscle imbalance of the eyes, so that the eyes have a tendency to “pull in” or converge. Usually, esophoria is associated with either a convergence excess of divergence insufficiency.  Basically, esophoria is further classified into 3 main categories which are basic esophoria, divergence insufficiency and convergence excess.

Esotropia is a type of strabismus or eye misalignment. In esotropia, the eyes are “crossed”; that is, while one eye looks straight ahead, the other eye is turned in toward the nose. This inward deviation of the eyes can begin in infancy or later in childhood.For the classification of the esotropia, it can be divided into main 3 categories which are primary, secondary and consecutive.

Symptoms of esotropia are

Children with esotropia do not use their eyes together and often squint in bright sunlight or tilt their heads in a specific direction to use their eyes together. They may also rub their eyes frequently. Children rarely tell you they are experiencing double vision, although they may close one eye to compensate for the problem. You may also notice signs of faulty depth perception.

When a young child has strabismus, the child’s brain may learn to ignore the misaligned eye’s image and see only the image from the best-seeing eye. This is called amblyopia, or lazy eye, and results in a loss of depth perception. In adults who develop strabismus, double vision sometimes occurs because the brain has already been trained to receive images from both eyes and cannot ignore the image from the turned eye.

Treatment depends on the type of esotropia. Accommodative esotropia can be treated successfully by correcting a refractive error with glasses, patching to force the use of the less-preferred eye, or other forms of therapy. Congenital and acquired esotropia usually require surgery for proper and permanent correction.

The surgeon makes a small incision in the tissue covering the eye in order to reach the eye muscles. Then either tight inner muscles are placed farther back to weaken their pull, or the loose outer muscles are tightened by shortening their length to allow the eye to move outward. The procedure is usually done under general anesthesia. Recovery time is rapid, and normal activities can usually be resumed within a few days. Following surgery, corrective eyeglasses may be needed and, in some cases, further surgery is required later to keep the eyes straight.

Pseudoesotropia refers to the appearance of crossed eyes in a child whose eyes are actually perfectly aligned. This is common in infants and younger children who have a broad, flat bridge of the nose which allows the skin on the inner part of the eyelids to extend over and cover the inner part of the eye. The sclera (the white part of the eye) closest to the nose becomes covered, especially when the child looks toward either side, and a crossed eye appearance is simulated (see photo below). As the face matures and the nasal bridge grows, the skin is pulled forward and away from the eye, thereby eliminating the crossed eye appearance. 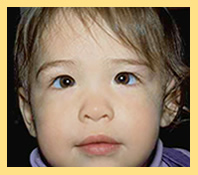 Pseudoesotropia as a result of a broad bridge of the nose. This is not a real eye crossing.

Conclusion, esodeviation (esotropia) occur due to several factor. Early detection of it will help to prevent further damage to the eye. Regular eye check up by licensed optometrist is must to help prevent all the risk of eye problems.