History of Ray-ban started since 1937.

1937- Ray-Ban is a brand of sunglasses and spectacles founded by an American company Bausch & Lomb. 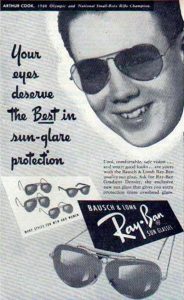 1999 -Bausch & Lomb sold the brand to the Italian eyewear conglomerate Luxottica Group, for a reported US$640 million 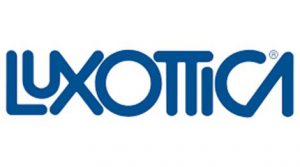 Ray Ban’s Aviator sunglasses became popular back in the late 30‘s when flying by plane became a new and popular means of travel. Many aviators while flying noticed that the glare from the suns reflection made it quite difficult to see much of anything while flying high above the clouds.

Many pilots and aviators experienced severe and chronic headaches as well as nausea due to the powerful glare and rays from the sun. This made it extremely difficult and dangerous to fly a plane under these conditions. The glare from the sun actually became a hazard in many regards

The anti-glare sunglasses had plastic frames and green lenses. The green lenses resisted glare and kept the sun out of the eyes. The sunglasses were redesigned with a metal frame the following year and patented as the Ray-Ban Aviator. 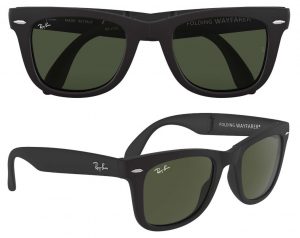 Rayban Wayfarers sunglass emerged from the Rochester, New York, headquarters of Bausch + Lomb, the eyewear pioneers who founded Ray-Ban. A designer there named Raymond Stegman envisioned mounting the lenses in rounded plastic frames that flare at the top outside edges.

A history of the Ray-ban brand called the Wayfarer “one of the most instantly recognizable fashion accessories ever” in the 1960s.The Beatles wore Wayfarers.

Muhammad Ali wore them and one of the most famous counterculture figures of the decade, singer-songwriter Bob Dylan, was photographed wearing Wayfarers in studio sessions for “Like a Rolling Stone,” his sprawling ballad about a young upper-class woman who has hit the skids.

1984: Don Johnson and “Miami Vice” help double sales to 720,000 frames. Don Henley’s hit single “Boys of Summer” includes the phrase “you got that hair slicked back and those Wayfarers on, baby,” adding to the publicity bounty.

1985: Appearances in “Moonlighting” and “The Breakfast Club” boost sales to 1.5 million annually.

In 2002, Luxottica’s Ray-Ban team redesigned the Wayfarers’ frames, shrinking and rounding them off and switching to lighter injection-molded plastic from the classic acetate. 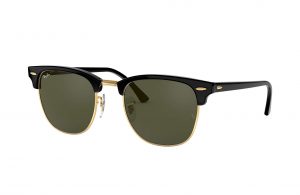 While Aviators or Wayfarers may be more common sunglasses frame styles among the general public, browline or ‘Clubmaster’ sunglasses hold a special place in the hearts of classic menswear aficionados.

The style is both bold and instantly recognizable while at the same time subtle and classy.  The perfect mix of well-read and too-cool-for-school browline frames are pretty much exactly what they sound like.

The frames are thicker and more substantial along the top of the lenses –along your browline usually made of acetate or plastic with a thinner frame wrapping around the bottom of the lenses.

History of Ray-ban Clubmaster started in 1947 when the frame was invented for regular eyeglasses way back in 1947 and pioneered by the optical company Shuron, who still makes the frames today.

They were worn pretty much exclusively with clear prescription lenses for everyday use until the mid-1980s, when Bruce Willis sported a pair with tinted frames on the show ‘Moonlighting.’

The following surge in demand for browline sunglasses led many other optical companies to pick up the style, with Ray-Ban leading the charge with their new line of ‘Clubmaster’ sunglasses. 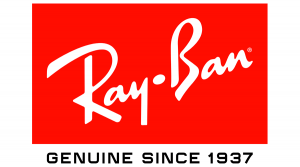 Till today Ray-Ban sunglasses are sold all over the world carried by authentic certified Ray-Ban seller. 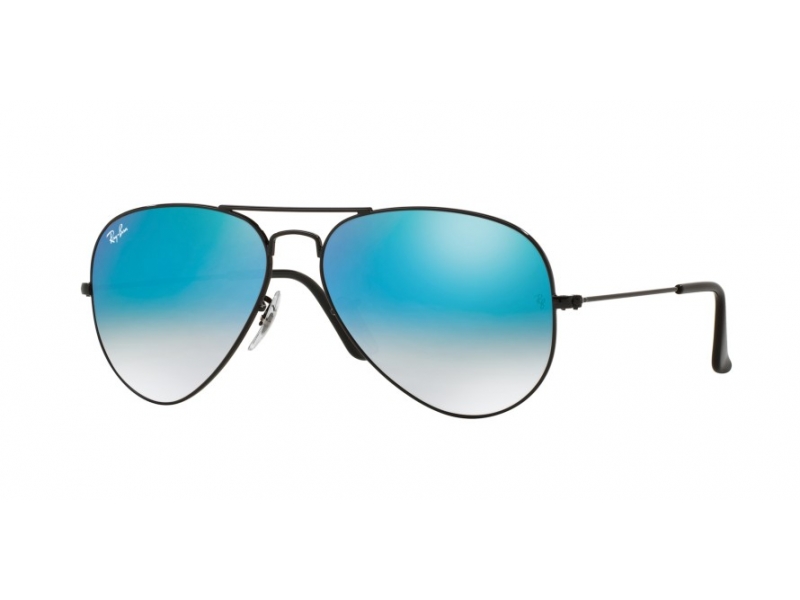 We are currently carrying these models. Do check them out. We might not have all colors or sizes but we can order if you want them badly 😉 END_OF_DOCUMENT_TOKEN_TO_BE_REPLACED